In May 2013 we fired the anagama at Higham Hall for the last time. During the less stressful of those long and eventful 60 hours we joked about having to go to Japan instead of doing our autumn firing. As the hours passed and we faced a firing which wouldn’t go above 1000 on the wet wood we were feeding it, the prospect of a jolly to Japan became more appealing. Our knight with shining chainsaw, Will, came by to see how the firing was going and promised us a couple of tons of dry wood first thing in the morning if we could only keep the flames going through the dark hours. Stoked up on hope and ever more outlandish plans for a trip to Japan we kept the kiln at 1000 until 8am when Will arrived as promised (actually I think Gavin single handedly kept it going in frustration at knowing he wouldn’t be able to go).
The firing continued to temperature uneventfully. The plans for Japan also continued to grow, once this seed had germinated none of us was going to prune it.
My non potting partner kindly declined the chance to come too (funny how none of our partners wanted to join us) despite the offer of a trip to Toyota (“I’d rather spend the money on buying one”) which made the planning so much easier. Pots would be the main theme, and more pots and some kilns too. 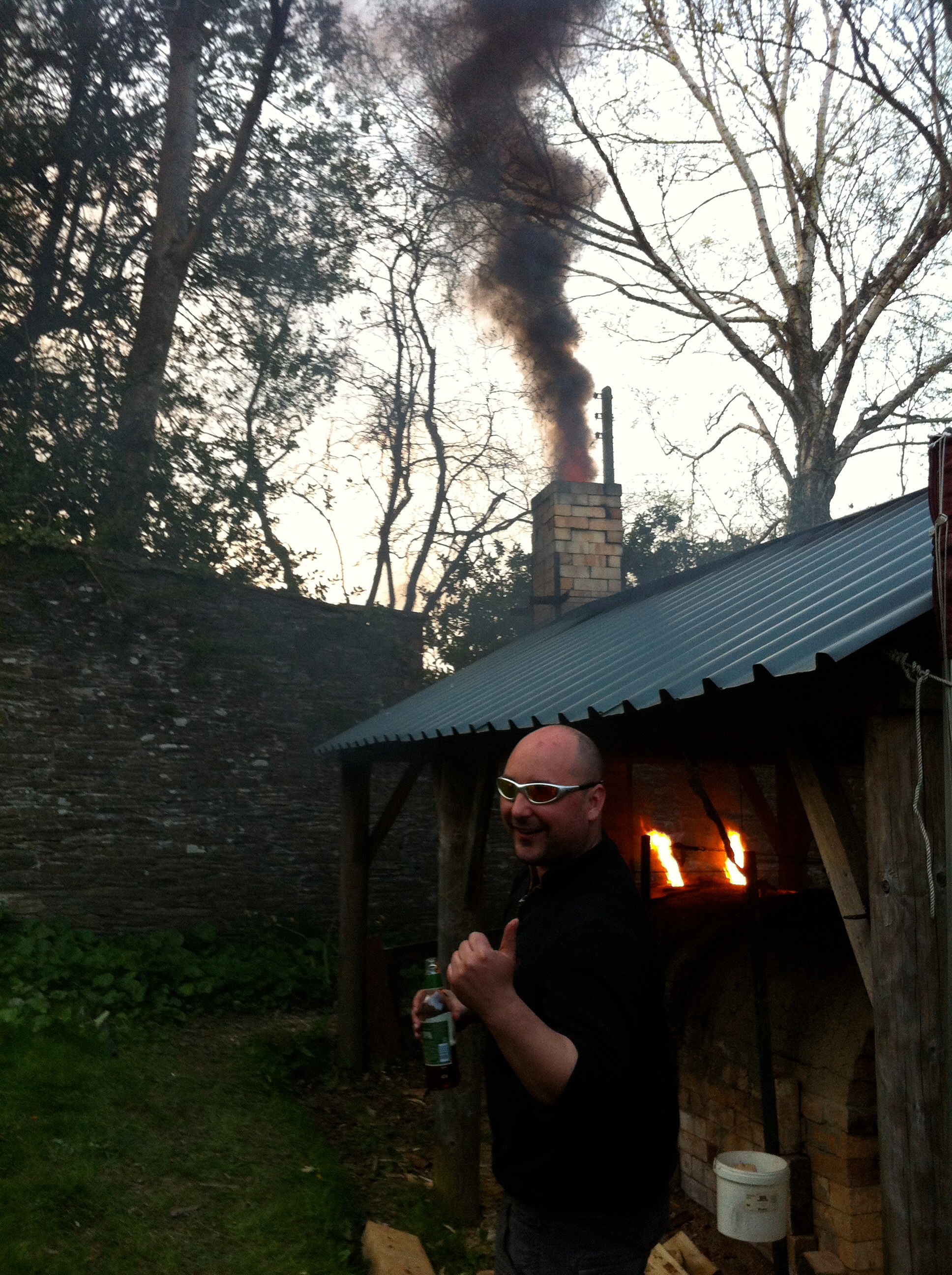 “Yeah guys you all go to Japan without me, have a great time”