We arrived in the early afternoon after a 3 hour 3 train journey from Tokyo. You know you’ve arrived in Mashiko by the presence of an enormous pot standing at the station. Took a taxi to the hotel to drop off the luggage, then into town to be deposited at the feet of a giant tanuki (some sort of racoon whose personal attributes would be at home in Viz magazine) at the top of the high street. Looking around in a junk/antique shop we managed to miss entirely the main Mashiko ceramics collection opposite but it’s a good grounding experience seeing what another culture discards as junk (a lot of pots, quite a few rocks). Up the road to the Hamada museum, (noting on the way, the potter’s supplies).

My first experience of Japan seen through the fug of jet lag, was the 2 hour drive from the airport to a hotel in Shinjuku the contrast with the perfection of this place was exquisite. As we paid our entry (¥1000/£6) they told us we were in time for a tea ceremony if we wanted. Apart from the penetrating cold this was a lovely experience, especially the green tea, hot and bitter and made with leaves rather than powder. This is a school for a type of tea ceremony and the tea master sat in a corner quietly instructing his pupil who served us. On learning that I was from Scotland the pupil told us that he’s learning the bagpipes as well as the way of tea. I can’t think of a more unlikely study combination. Clear skies and frost in the morning and a dip in the onsen (hot spring bath, this one is a fake but just as relaxing) with steam curling through the slatted screens. Pink Camelia flowers studding the bushes.

We’d been given an introduction to Matsuzaki Ken and arranged to visit his workshop in the morning. What a gracious and generous potter, rather like his pots. He gave us tea in a room full of the biggest anagama fired jars. Like being in a crowd of silent star gazers. Breathtaking pots. All going to his next exhibition in Japan. Such a privilege to walk amongst them. A tour of his kiln, repaired after the effects of the earthquake in 2012. He explained that, although living in a densely forested region, he has to buy wood from else where. The firing process would produce ash with highly concentrated levels of radiation if local wood was used, fallout from Fukushima. But nowhere could we see any work which was obviously for sale and it felt a little awkward, after taking up over an hour of his time, to leave empty handed. Is this a misunderstanding between cultures? I would be glad if someone could enlighten me. (Happily we were able to fill our empty hands with his pots later in the day, from a gallery).

Next stop Togei Mashiko Messe, the exhibition centre. Firstly to warm up with hot chocolate (choose your cup and saucer) and books, then a look at an exhibition called the Leach School. Work including pots by Doug Fitch, Clive Bowen, Phil Rogers, beautifully sparse and well lit show. Not exactly what we travelled half way around the world to see but an indication of the esteem in which British studio pottery is held. Then into town to the potter’s suppliers, smelled just like Potclays with different stuff – lots of glazing ladles, bamboo tools, little iron fittings for hanging wall vases, sheets of printed decals, at least 6 types glazing tongs.

Suddenly very hungry we found lunch in a cafe. Glacially cold stone floors and walls (Ashinuma stone? Mashiko Yaki? See http://euancraig.web.fc2.com/sub5-3.htm) so the hot noodles and tempura were very welcome. I can’t think of many other cafes which show videos of pot making and kiln firing to entertain the customers. And jazz too.

Down the high street in search of the galleries which Maggie Zerafa (Skye potter who apprenticed in Mashiko for 2 years www.baypottery.co.uk) had recommended. Quite hard to find amongst the very many shops, showrooms and galleries, a lot of which were shut in this low part of the season and none of which had recognisable (to us) signs. The quantity of ceramics on sale is staggering, I’ve never experienced anywhere comparable. Even without counting the Tanukis it isn’t hard to walk on past a lot of this stuff, and when we eventually found the galleries Moegi and Toko, they were obviously better quality places. Beautiful buildings, even more beautiful pots, displayed simply on low table like shelves or on shelving against the wall.It took real effort, visually, to sift through the work, to search out the work I found interesting and be able to dismiss quantities of good pots which in the UK I would have lingered over. It is just impossible to look at everything with equal attention. Occasionally something unexpected demands a closer look and I enjoyed discovering styles which I didn’t know I liked, especially oribe glazed ware, the range of greens is lovely, and the contrast of glazed and bare areas can be very satisfying. Lots of small dishes of infinite variety of shape and style to suit the Japanese way of serving food. How fabulous for the potters to be able to fill all the little awkward spaces in a kiln with functional and sellable pieces. 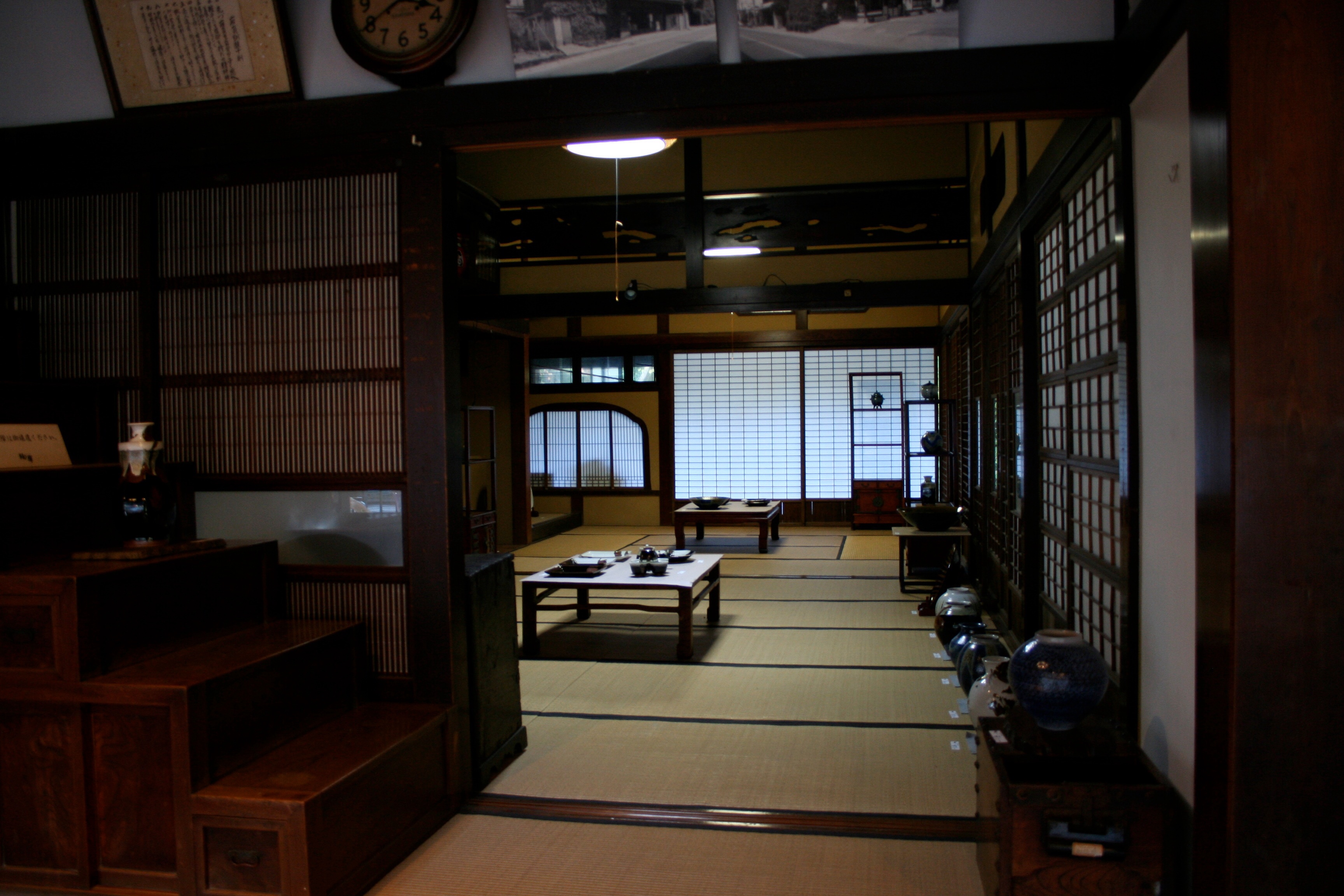 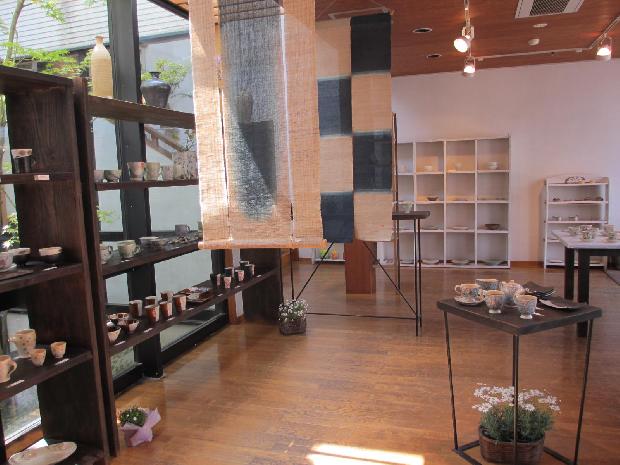 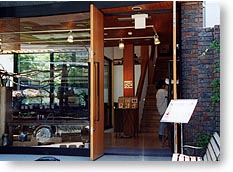 In 2010 there were 380 pottery studios and 50 pottery stores in Mashiko alone, no one has counted the pots.